The Light Behind the Closet Door

My one year anniversary of being out as gay was December 1st and it amazes me it has been that long. It feels like longer in so many ways! I grew to be comfortable with who I am with a peace and courage that wasn’t there before.

There are certain questions and situations that came up during my coming out and in the last year that I think are quite common.

“When exactly did you know you’re gay?” This question is okay, depending on the tone used. The tone many people use though if the one asking for a certain time and date. It doesn’t work like that. Coming out as gay is a progression over time. The person has to be willing to question their sexuality and entertain the idea they could be gay. However, some people refuse to accept that possibility about themselves. Some people always know as far back as they can remember, but for me, it wasn’t until I was in high school I really thought about it. By second semester senior year of high school I definitely knew, but I didn’t want to come out then. You have to build up an armor that is ready to take on the world, even if you don’t have to in the end. 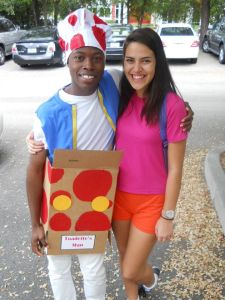 “I’ve always wanted a gay best friend!” What is scary for some friends and family is that there are people who let being gay take over most of their personality post coming out. It’s a “I’m gay! I’m proud and more flamboyant and you’ll never forget it!” For me, being gay is just a part of who I am. I don’t define most of my being in this world as being gay. I’m Jarryd. I’m gay. I’m black. I’m outgoing. I like dancing. I like reading mystery books and my favorite show is Law & Order SVU.  I love theatre, guy talk is fun and shopping is enjoyable with the right circumstances, but my friends value me, because of who I am as a person and friend and not because of my sexuality.

“If someone says to a gay guy, ‘I know the PERFECT guy for you!’ they really mean ‘Let me introduce you to the only other gay person I know!’” I thank my friend Travis for introducing me to this quote. Many friends want to help you with dating, but you have to make sure they have “an eye for the right chemistry” as Patti Stanger from Millionaire Matchmaker says. One of the saddest things is to feel like you’re back at a middle school dance wanting to dance with your cute crush, and you find out they’re totally not interested. It is worse when a friend helped facilitate that feeling. I made a rule that friends aren’t allowed to match me with someone unless they know the person has an interest in me. Additionally, we shouldn’t expect our friends to find us romantic interests if we aren’t out looking ourselves.

“Just follow your intuition, be smart, be brave, and tell the truth and don’t take any [negativity],” Kelly Cutrone says. When coming out, it had to be when I was most comfortable with being gay without being completely out. There will be never be a convenient time, but my instincts told me not to come out in high school. When I did come out, I wasn’t going to take any negative comments from anyone. I had to be brave and ready to defend the fact that I am gay and there is nothing wrong with that. Luckily I really haven’t had any negative reactions, but if I came out in high school, drama and gossip would have happened. Coming out simply requires being at least 51 percent brave and comfortable with who you are. 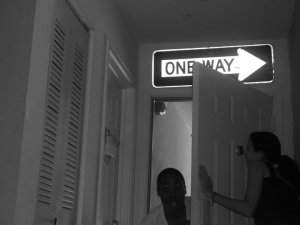 The moment I was out a gay, I was more relaxed and not so scared. I had a few great friends and I took the time I needed. Over the last year I have been able to talk to a lot of friends about the time before coming out and the actual coming out. It allows them to be more knowledgeable and accepting. Hatred and discomfort comes from a lack of knowledge of what we are distancing ourselves from. When we are willing to ask questions and answer questions, situations become so much clearer to each other. When we ask questions of ourselves, we start to see the light behind the closet door.

Search through A Touch of Bold

Note: All opinions are my own: